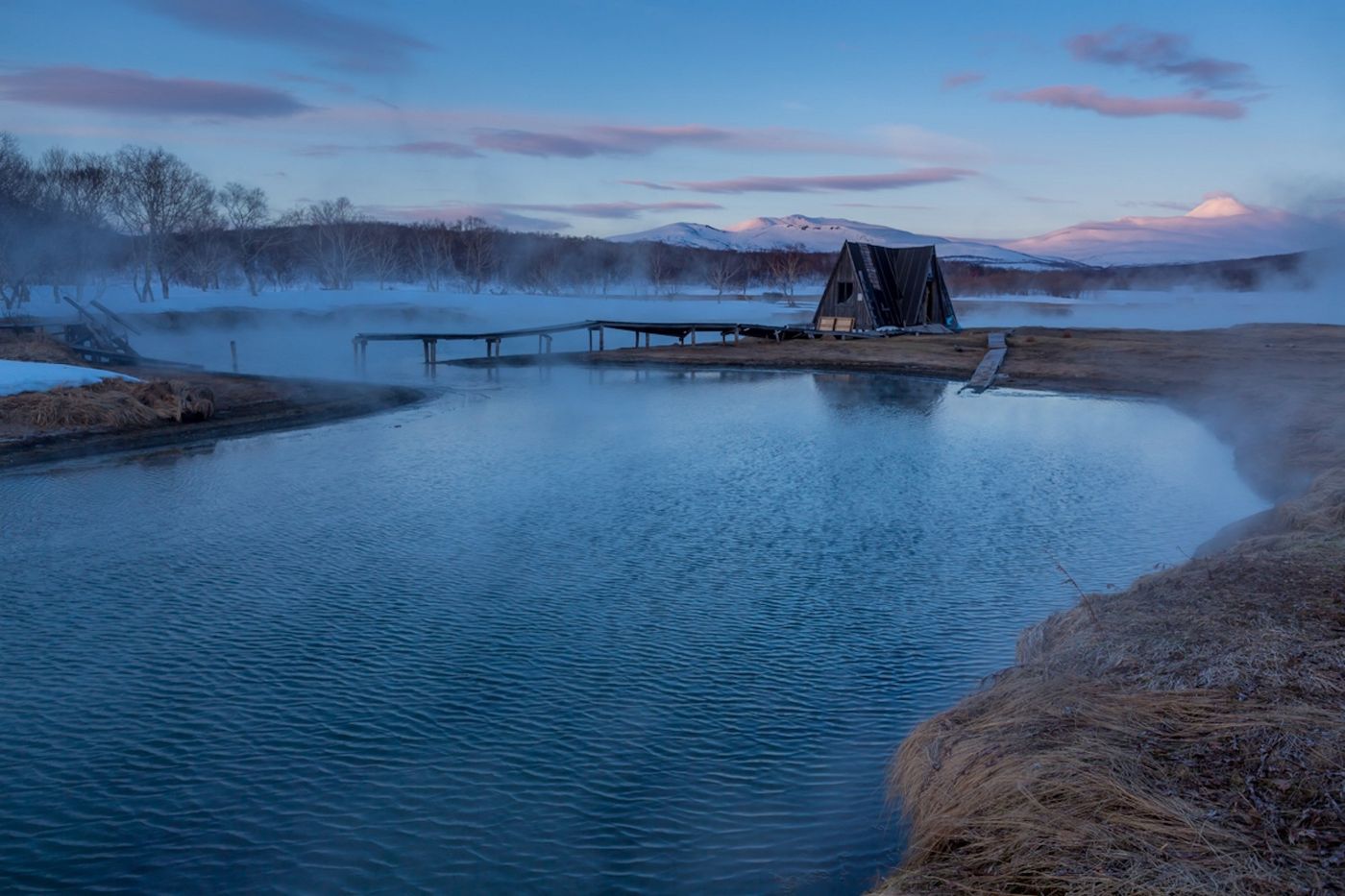 Denis Budkov (@ratbud) - a winner of a number of prestigious international awards and basically the “golden camera” of Kamchatka, knows that here there’s nothing more important than the weather! Why? Well, because anything worth seeing in Kamchatka is located right in the open - the mountains, the hillsides - there’s nowhere to hide if the weather goes sideways. Climbing a volcano ain’t no picnic if you know what I mean. Denis was extremely gracious to break it all down for us and explain in full detail everything there is to know about this tricky climate and all that comes with it, as well as which season is best for visiting the beautiful Kamchatka. This really is priceless information!

For some reason, many people (especially those who’ve never actually been to the Far East) think that Kamchatka is basically an ice land with inhuman weather conditions all year long. The reality is actually very different. The climate is so unpredictable that there is no way to forecast it.

The main tourist season begins approximately on the 15th of June and lasts until about the 15th of September, with August being its busiest month. It is also, probably, the best month weather-wise for exploring our lands.

During these months a few cyclones hit Kamchatka, sometimes even one after another. Thunderstorms are extremely rare and are mostly witnessed in the central part of Kamchatka. You also won’t see any lightnings here.

A number of territories of Kamchatka can be singled out as the most visited ones:

1. Nalytchevo Natural Park and Avachinsky volcano (one of the most visited of its kind).

5. The wildlife sanctuary of Kurilskoe lake in the South of Kamchatka (Kronotsky Nature Reserve).

Places with the harshest weather conditions are the slopes of Tolbachik and Mutnovsky volcanoes. Camp sites are located at about a thousand metres above ground, so when a cyclone comes its way, this places are hit with storm winds and rains. We even have a term for “horizontal rain” here, when the wind blows raindrops parallel to the ground. In 2016, an area near Kleshnya camp on Tolbachik was hit with the biggest hurricane that tore down three large tents and multiple small ones!

Helicopter tours depend a lot on the weather. Sometimes it could be sunny in Petropavlovsk-Kamchatsky, but rainy all around Kurilskoe lake, or cloudy in the hot springs valley. Even when the sky is completely clear the wind might be so strong that it’s unsafe to fly.

June is the first warm month here in Kamchatka. The snow is actively melting in the mountains, and rivers start overflowing with water, which complicates many walking paths.

Meanwhile in the region of Mutnovsky volcano the snow doesn’t melt until much later. So in June you can still see people riding snowmobiles and those who want to climb the volcano have to ride up to it in special jeeps. The road to Avachinsky volcano is also very difficult because go the snow, but it is not impossible to get through it. Some companies offer tracked vehicles as the best solution to roam these territories.

The most comfortable conditions can be seen in Kluchevsky Natural Park - it doesn’t snow much there to begin with and it melts away fairly quickly. There is just one obstacle there - the Studenaya river. It overflows because of all the rain and floods, and you have to cross it in order to get to Tolbachik volcano.

In Kronotsky Nature Reserve June is a month of silence, when all helicopter tours to the gazers valley are strictly forbidden, because of the amount of fog there during this time. But don’t be discouraged - it’s all gone near lunch time, so if you plan on walking to the top, you will have the opportunity to enjoy some stunning views.

July is a month of heat and mosquitoes, while in August you have berries and mushrooms. In the end of August volcano regions start getting a little colder. In 2016 the first blizzard hit Tolbachik volcano on the 31st of August, while just 300 metres below in the base camp it was only raining.

The best time to visit Kurilskoe lake is between the 20th of July and the 20th of August at the peek of the red salmon breeding season. At the beginning of the month the fish leaves the lake and enters into the nearby streams and rivers- a process that attracts the bear population that instantly comes down to the banks for hunting. So, to witness this period and see the predators in their natural habitat is pretty amazing. Many famous photographers try to capture these moments, but each year it becomes harder and harder to do since the season is always stretching and changing.

Near the end of July, the killer whales also come for the salmon. You can also spot sea lions on the small islands near Starichkov, Utashud and Kekurny cape.

A cold season is for thrill seekers or just those who enjoy a more sporty kind of travel. In the central regions of Kamchatka temperatures never drop below ten degrees, but there is plenty of snow. Winter is the first and foremost a season for those who love winter sports. Heliski is one of the types of freeride sports that has become wildly popular here, February is the best month for enjoying it. There are dozens of companies that offer all kinds of winter activities: dog sledding, snowmobile tours to the hot springs (we ourselves and our friends go to Khodutkinsky hot springs every year). Some tourists come for the massive sports events like Avachinsky skiing marathon, Mutnovsky extreme marathon and a biathlon competition. Of course, the star event of the season is Beringia dog sled race.

February, March and April are the three months with the highest amount of snow here in Kamchatka. Every April, the village where I live gets covered in over two metres of snow, and Snow Valley nearby (about 20 km) over three metres! All the houses are buit on special stilts. In the first days of May you can already ski in your bathing suits and sunbathe. There is practically no such thing as springtime in Kamchatka, at least not in the South. An enormous amount of snow will be still lying around in the beginning of summer; there can be about 15cm of snow when the trees are already in full bloom. Here we call it the fifth season of the year.

Around the tenth of September volcanoes are already covered in first snow. Classic golden autumn last from about the 19th of September till the 10th of October. The most beautiful sights can be witnessed in the regions of alpine tundra, like in Uzon volcano caldera. It is different in the valleys - the trees there barely have time to change colour when they become completely bare.

The Kamchatka autumn is an extremely beautiful but a very short season that lasts only a second. So, sometimes when people come in the middle of September they could be come across with bad weather, fog, and even snow. 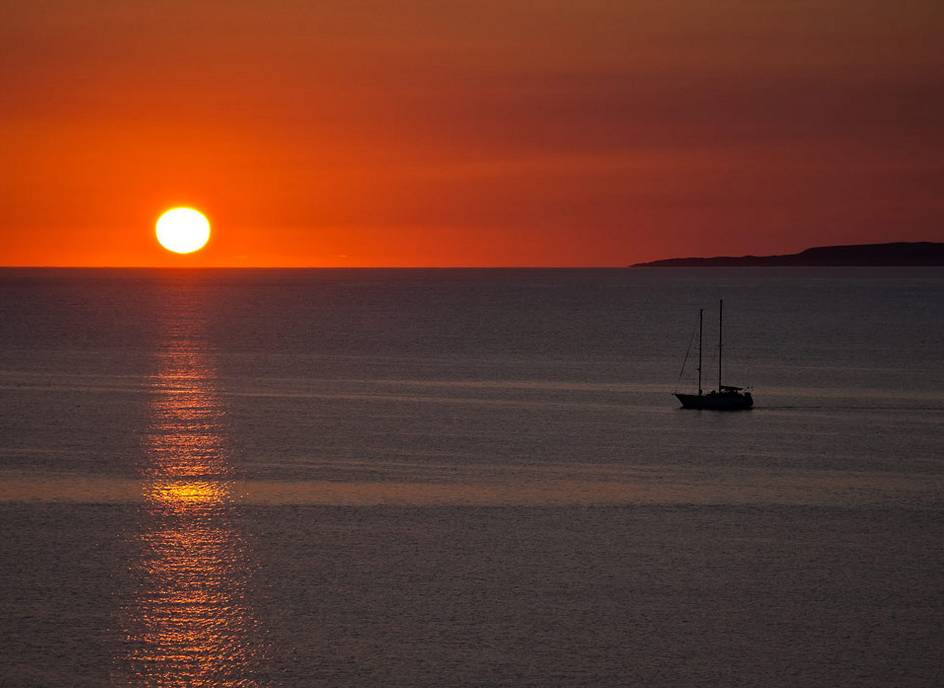 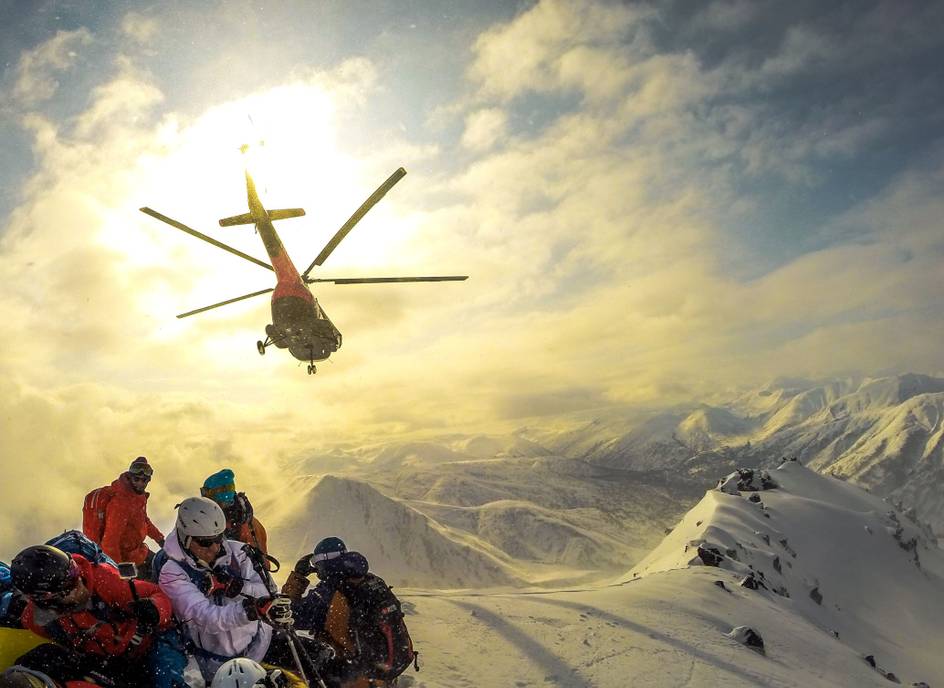