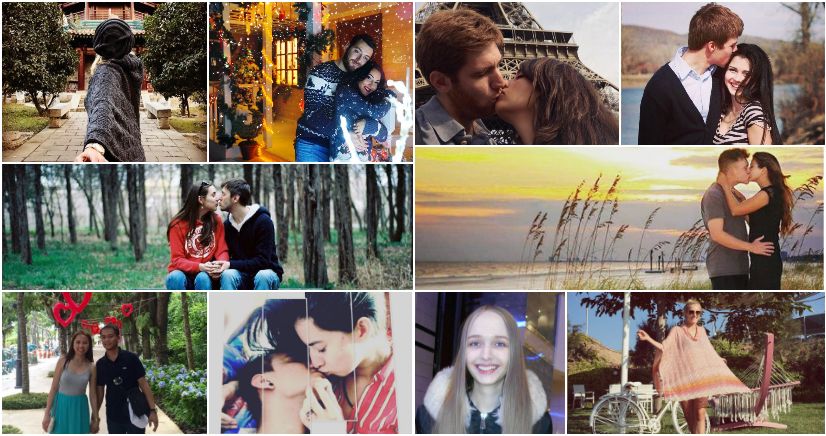 Just as we promised, we're publishing the stories of those who didn't quite make the finals of the #FollowMeTo contest, but were very close. We selected winners from these very stories, and, to be honest, it wasn't easy at all. But we reached our decision. Read these stories and tell us whether you agree!

I want to tell you about a crazy star-crossed love story. This is a story about two people who had never met face to face before falling in love.
To get a small understanding of where I was in my life , our story begins a month after my return home from my last year of college in the summer of 2013. I just graduated with my bachelors degree in Illustration & a minor in drawing. I was applying for jobs so that I could start making a dent in my student loans. My best friend introduced Francisco, who lives in Venezuela, & I via whatsapp which lead to a 5 hour Facebook chat, which multiplied by 14 days. I described my mess of a life to him & he told me his. Neither of us expected anything & neither of us wanted anything more than someone to talk to. We could say anything & everything freely without judgement, commitment or consequence. We fell in love. We made our long distance relationship official over Skype with the intent of getting married one day. We were together communicating through WhatsApp & Skype for 2 years and 2 months before meeting face to face for the first time. This was the most romantic moment of my life: My heart went from static to frantic as my eyes found his for the first time. I could honesty say, I could not believe my eyes. Before me stood this attractive, olive skinned gentleman with black shiny hair, taller and thinner than I imagined, with his eyes locked on mine.
I took a deep breath. He was real, is real!
Closer, I dropped my gaze fearing he would be a figment of my imagination, a Spector existing only to tease me.

Alas, with but a breath of space between us shock took over me as I melted into the first embrace with the love of my life! "You aren't real ; you can't be real!!" I said to him. He smiled kissed me and said he was and that I'd never have to be alone again, that he'd be by my side for an eternity. For the first time in years, I realized that I had found something that had been missing, Home. We have been together for 3 years and 6 months completely long distance, and have only met once. I miss him and love him more than anything.

Let’s start with the fact that I adore India (my mom is an indologist, so this love was cultivated in me from birth). So 3,5 years ago, a user became my follower on Twitter, I looked at his profile and he seemed pretty interesting to me, so I followed him, we exchanged a few tweets and that was about it. It turned out later that Dipak thought that I was a fake, because he thought there was no way a foreigner could know so much about India. We usually just wished each other happy holidays. He always attracted me with his thought and statements, so I once congratulated him with the India Independence Day and told him we should talk more often. That’s how our story began. We texted each other every day, and, as it turned out, we had a lot in common, such as photography, travelling, cinematography, and, of course, the #FollowMeTo project, we are both fans of you and your work. He also grew to like Russia through my description, and then personal experience. And after a few months, he and I both confessed that we mean a lot to each other (even though he never believed in online romances). We continued to talk, albeit in a more romantic way and with shared plans for the future. He could always improve my mood even if he was far away. By the way, I was very uncomfortable with my English (I had an accent and didn’t know too many words), so I didn’t speak on camera, and showed everything with signs instead, so I got the nickname of Charlie Chaplin’s descendant. A few months after our anniversary, he came to Russia. The first days didn’t go that well, I only just got used to speaking English, but then we talked more and more and I realized that I can be myself, even with an accent. We had a lot of fun moments, and I felt more confident and happy with him. We celebrated his birthday and the New Year’s together, and then he went back to India. I know that it is only a temporary parting, since we have serious plans for our future.

There was some days before New Year 2015, I was last day by the office and like always got from my lovely boss not so ordinary gift. It was porcelain plate from Goebel with picture "Kiss" artwork of Gustav Klimt(that time I didn't know this artist but picture I saw so many times by anywhere). I got it with words " I wish that in the next year everything will be like on this plate" l like my boss, she is crazy nice lady but I didn't take her words so close to my heart . Some months later I met a nice guy, I was so careful because one time my heart was broken already! But I decided I give freedom to my feelings))) Later I got from him invitation from May's holidays to Vienna) we arrived to Vienna very early first of May, we had still some hours to check in hotel, so my man (his is soooo deep with the art) decided to show me Gallery Belvedere. We came, he bought a ticket, we came in, first hall, second hall..... and I see the picture from my plate! Drops came at once on my cheeks! I told to him my story about this Goebel's plate) since that time we are together and I know that exactly hi is my destiny!

First time I met my husband we were 6 years old, we've been friends during childhood and as teenagers. When we were 21 years old we met again, as colleagues working for the same company in Brazil. We got married with other people, had our own kids and for 25 years, we had not seen each other... In 2012, some years after broken up each one's first marriage, we met again and it was just like we were never apart. My true love, from other lives, sharing with me the wonders of being loved.

I don’t like writing a lot, but today I want to tell a story that will forever live in my heart. Me and my husband have known each other for 7 years, but only started dating 3 years ago. I was living in Armenia back then. And once, me and my girlfriend decided to go somewhere. She picks me up on a taxi. I sit in the taxi and ask the driver to take us to the center. We’re talking, and then I realize that we’re not going the right way. “Armina, is it just me, or are we going to the wrong place?” – “No, it’s okay, we can reach the center like this, too”- she says to calm me down. A few minutes pass and the driver stops near the monument to Sayat-Nova. I don’t get what’s going on. Aemina points to a young man on the street and basically pushes me out of the car. After resisting for a bit, I come out. I come up to him and he politely asks: “Are you Lysineh?”

He gives me an envelope with a quest.

I open the envelope, there’s poetry inside, and I need to guess who wrote it and go to his monument. To be honest, I’m not good at Armenian poetry; thank God that my girlfriend was with me. I am not going to talk about all the stops, but let me just say that now I know every monument in Yerevan!

Finally, I received the last envelope. Inside was a poem of the great Arno Babajanian and it was impossible not to recognize it. Near his monument stood a young man with a huge bouquet of roses, almost as high as me. He didn’t say anything and just gave the roses to me. There was anote that said “P.S. I love you”. It was an incredible feeling. I realized who it was form the very first envelope. Thank you for such warm memories!

At the end of 2014, as New Year was right around the corner, me and my boyfriend (now husband) Vladimir wanted to go somewhere for New Year’s to see the culture of another country, its customs, nature, and, of course, to be together, as we never travelled with each other before. We decided to go to Georgia. We were in great mood, but it was improved further by the Georgian hospitality, when after the customs, we were given two bottles of Saperavi with our passports and were told “Welcome to Georgia!”. The weather was warm, even though it was winter, and the temperature was about +5. He moved into our hostel and started our adventure through Tbilisi. You can’t not fall in love with this city! We were very impressed. The evening came, and flames lit up everywhere and illuminated the Bridge of Peace and the Narikala Fortress. And here my boyfriend says that we should ride the funicular to the fortress and view the nighttime Tbilisi from there. I instantly agreed! At the top, looking from the edge, we witnessed an amazing view: the lights of Tbilisi, the starry sky and the love inside of us, it was everywhere. We silently stood there and soaked in the atmosphere. And here Vladimir starts saying something about love and how we were meant to be together, that we’re perfect for each other, and then unexpectedly pulls out a ring and asks me the most important question – will I be his wife? And then there was a pause. I just stood there like a statue and looked at him, everything was boiling inside me, I never thought about marriage, and yet I was filled with love to the one person who trusted me completely. I said yes. And that was the best decision in my life. 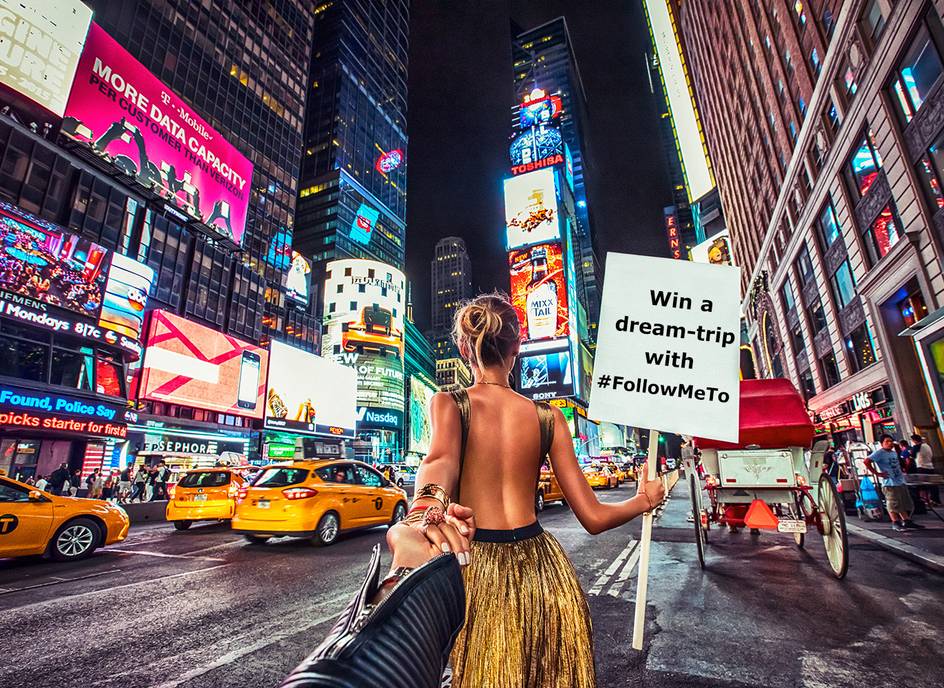