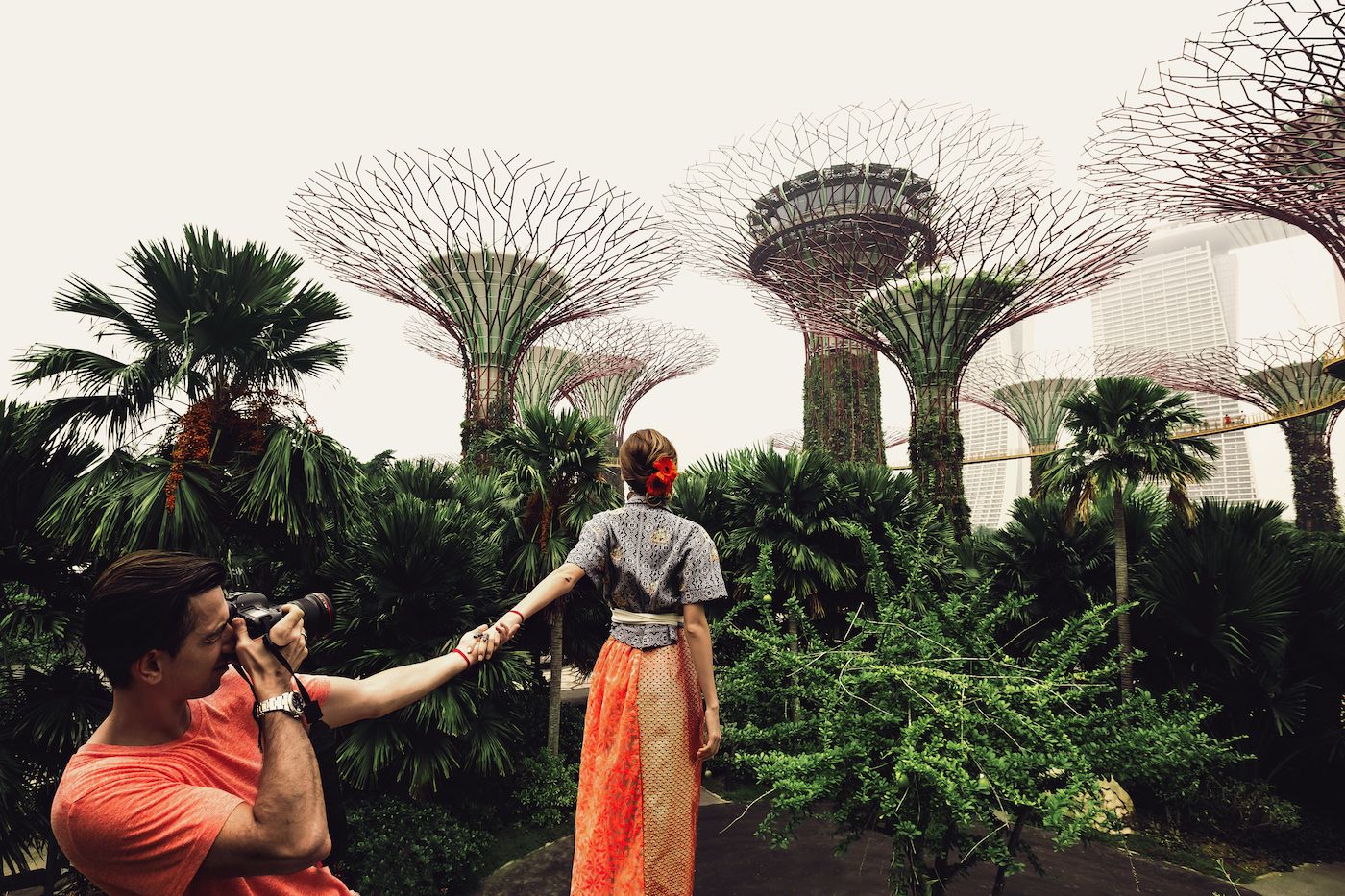 I am absolutely confident that to create a perfect shot nowadays you don’t really need to use the most advanced equipment. All you need is a good vision. Our first pictures were made on iPhone, without any use of professional camera. I know a lot of photography bloggers who post only pictures made on their smartphones. The most important thing is your vision of the reality! 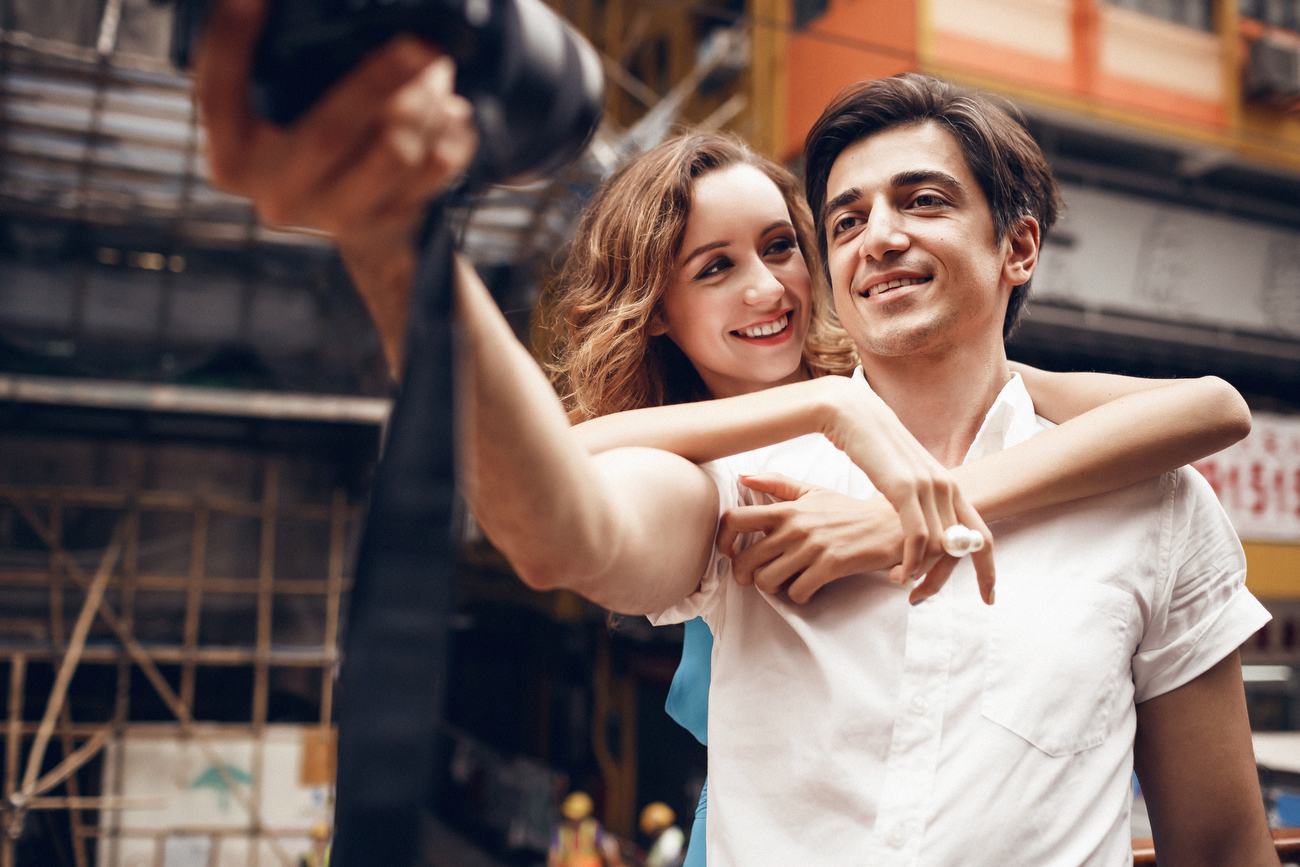 If I had a chance to create my camera exactly the way I want it, it would be small, with a wide angle lens, high-resolution and highly photosensitive; a camera that could provide a possibility of a video recording; stabilization would be required, and it also it would be khaki-coloured, so we both could easily mingle with the crowd.

Our first pictures for the #FollowMeTo series were made on the iPhone camera. But my first professional camera long before that was Nikon, the one I was practicing with.

Why was I using the iPhone during our first joint trip? Probably because it was comfortable. We were travelling light and the advantage of using the iPhone was that I could edit photos immediately after taking them with the help of some apps. And of course, it is much more comfortable than spending hours in Photoshop. At the same time some useful apps have been released. One of them was Camera+ that allowed adding a fake HDR effect, which I was quite into back then. 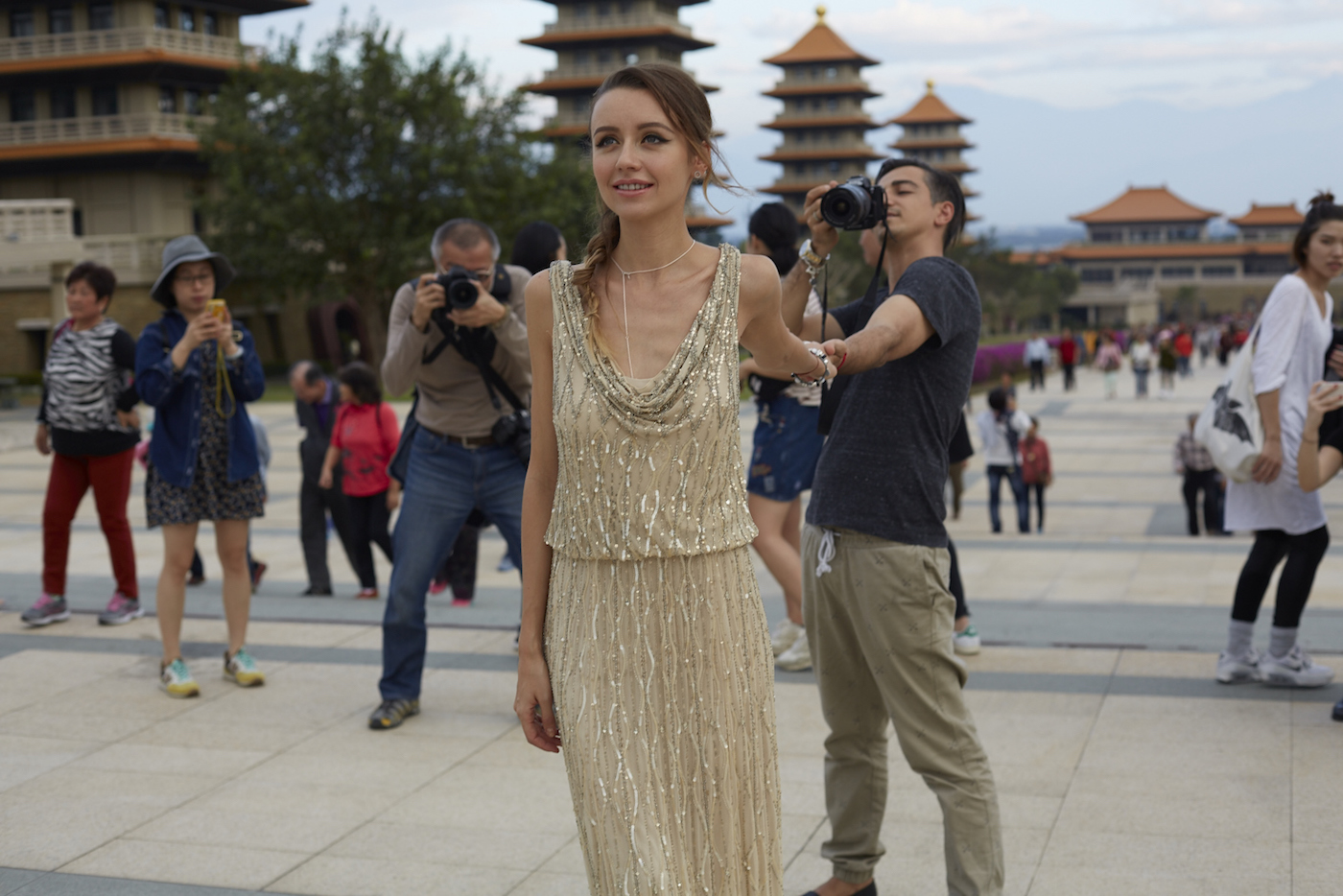 The iPhone didn’t allow me to take pictures at a certain angle. As a result, I could have a big Natasha and a small sight in the background! I couldn’t manage to fit in the picture everything I wanted. That’s when I thought that my photography skills might be handy. So, we started using the Canon Mark2 with large 16/35 lens instead. That allowed us to print photos. My favorite lens is 16/35 with 2.8 lens aperture, though it wasn't of a great use for me, as all the #FollowMeTo series photos were taken with closed lens aperture diaphragm; because it was necessary for the arm, Natasha, and the background to stay in focus, so, I had to use 7mm and 8mm diaphragms at least.. After that I was using the Canon 5D for a sufficiently long period of time Then came along one of my favorite cameras – the Sony Alfa 7 and the Alfa 7R as well. Why do I like them? The answer is simple. It was the first mirrorless camera that had a compact body. It was very convenient to use on a trip. 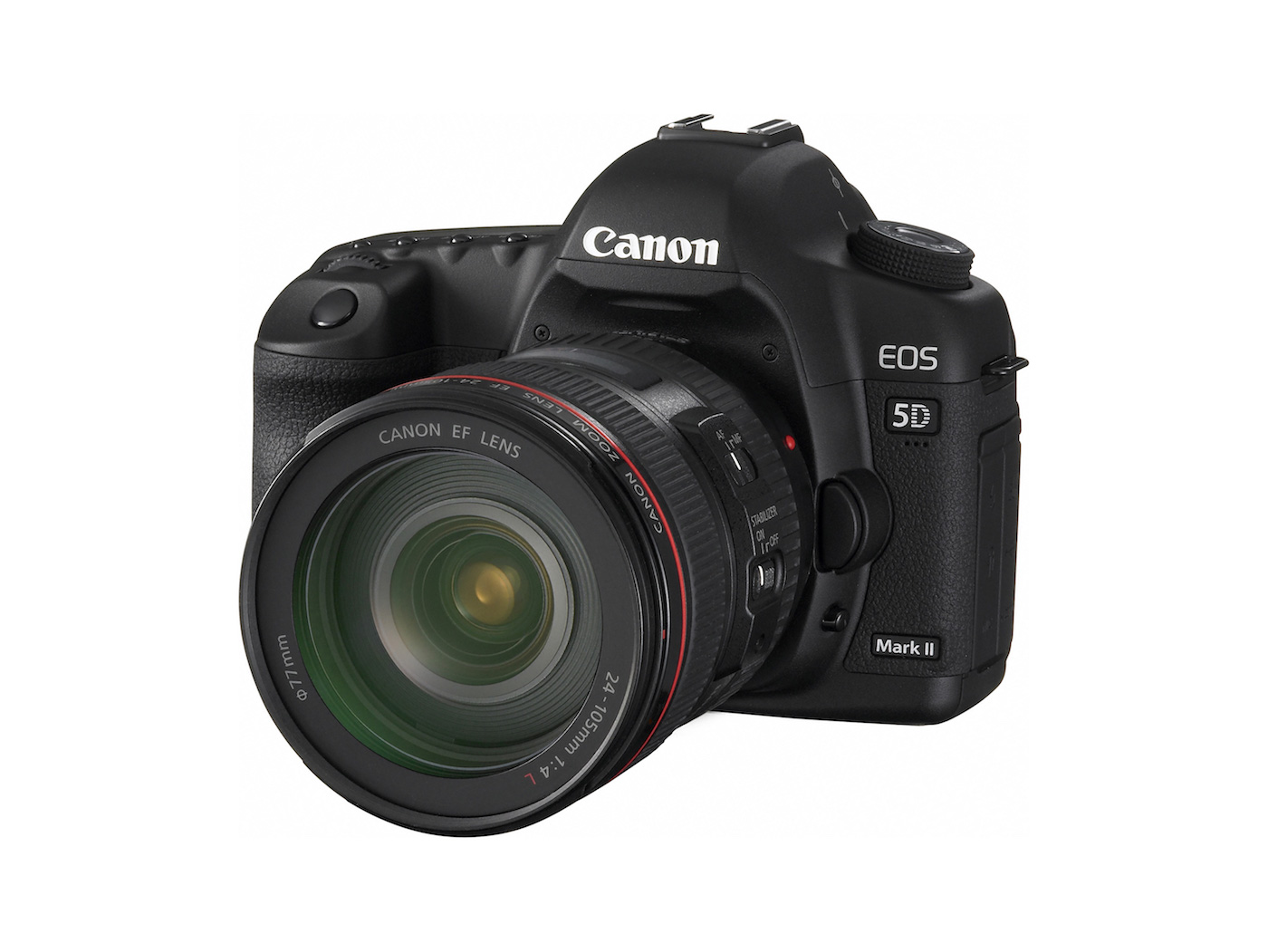 I like to experiment and try new cameras. Once I rented the Fuji camera. It has a good dynamic range, but the speed of focusing is low for me, they didn’t have a strong wide-angle lens at the time. I tried the Fuji X1 and X1Pro.

Speaking about lenses, I use 16mm or 14mm lenses, but to take one of our favorite photos from Los-Angeles taken from a helicopter, I had to use an 11mm lens, and even that wasn't enough, Nataly was too close to me. 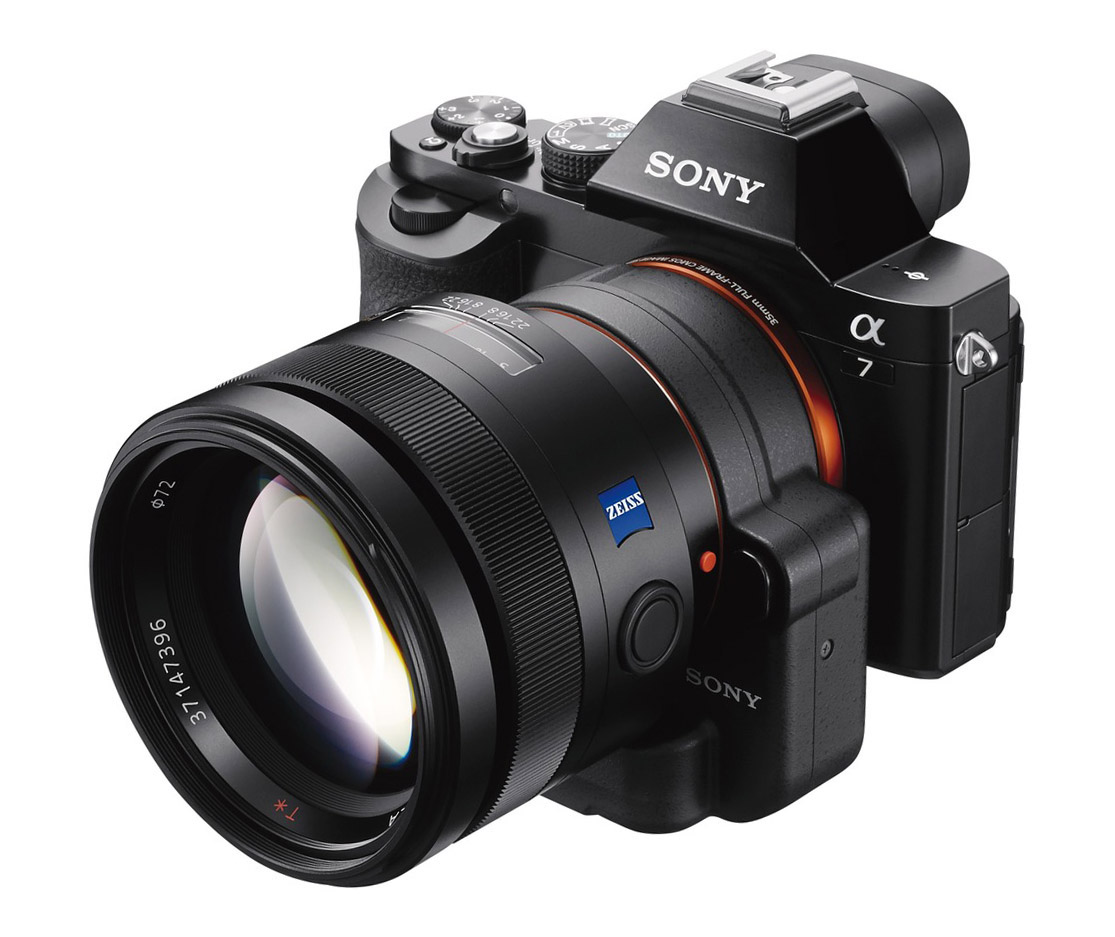 I tested atheLeica Q, but it has a 28mm lens which doesn’t always suit #FollowMeTo’s frame! I'd really like to try the Leica M. it has 16mm, 18mm, and 21mm lenses! Currently I'm using the Canon 5DS, since some projects have required very high resolution of a picture. Although the Sony Alfa R is very close to this resolution and the new R has very good characteristics: focus is well-adjusted, good ISO, photosensitivity at all points is very close to 5DS, the difference is only 7 megapixels. I dream about shooting in medium-format - this is the Hasselblad, Phase One, Leica. These cameras are different in matrix size and details, but they are big and not very portable. 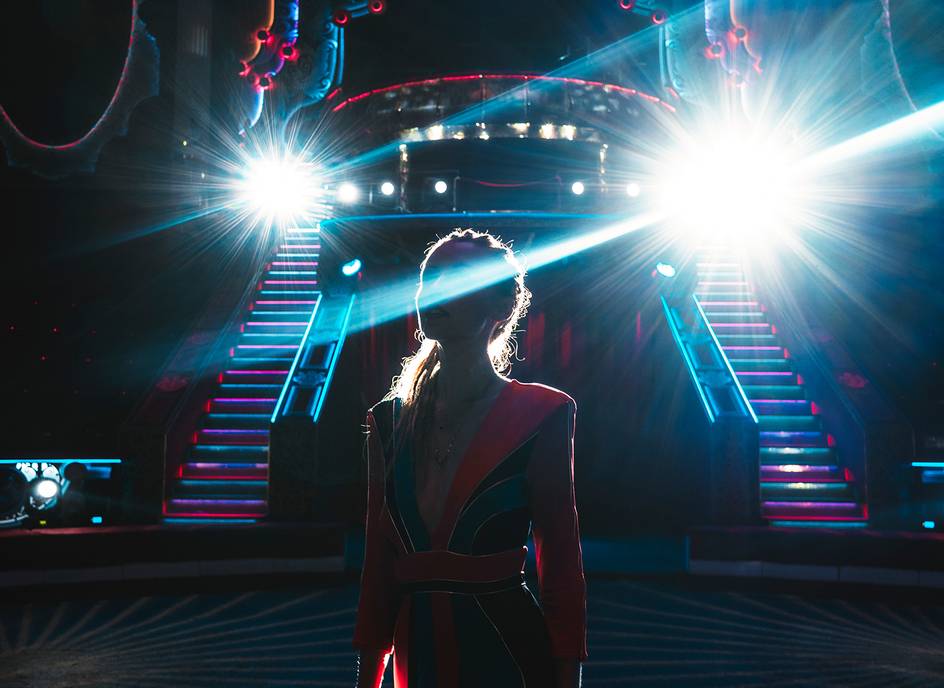 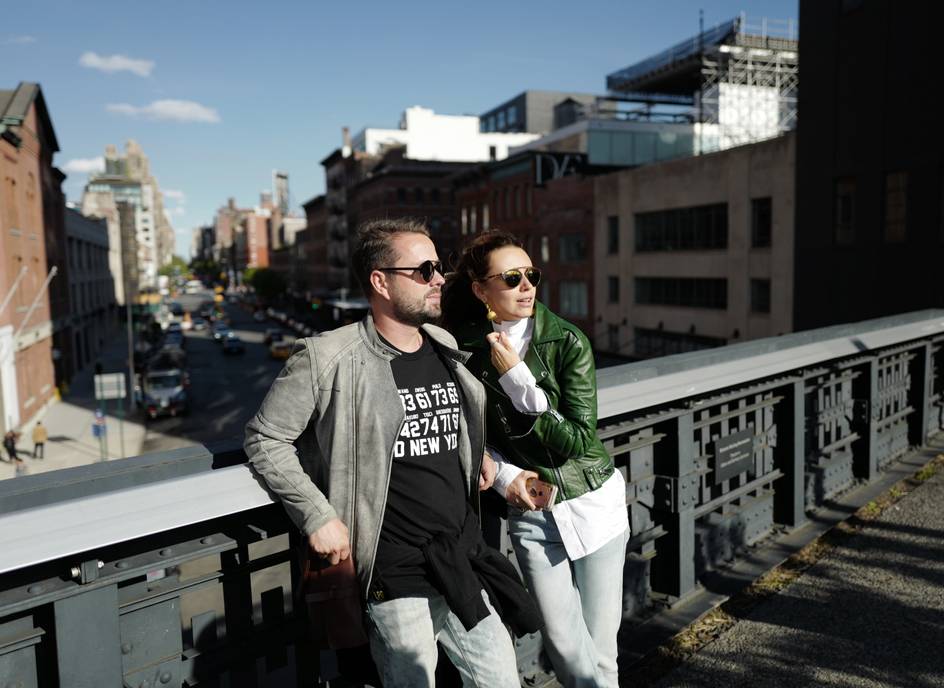 Nataly
#diary#Nataly
Max Sapozhnikov :“My suitcase has both a smoking for Cannes and trunks for Rio”