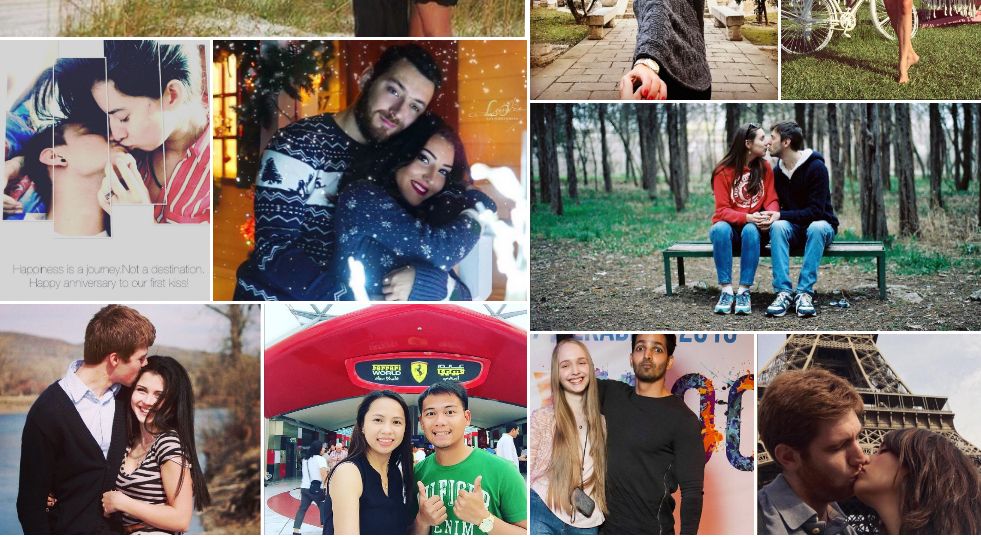 Just as we promised, we're publishing the stories of those who didn't quite make the finals of the #FollowMeTo contest, but were very close. We selected winners from these very stories, and, to be honest, it wasn't easy at all. But we reached our decision. Read these stories and tell us whether you agree!

For me my most romantic moment was the day Chandra and I got married. I spent 8 weeks in boot camp with one thought on my mind which was you. I spent 7 of those weeks preparing my speech to make you my wife. I wrote down paragraph after paragraph when ever I had some type of free time. But when the big moment came to pop the question and I got down on one knee and looked into your eyes,everything in my head blanked out. I was speechless, I wasnt scared, nervous, or even anxious. I was in awe that a woman like you has given me the opportunity to ask you to be my wife and love you every day for the rest of my life. Your beauty and personallity blew me away and it still does to this day. I love you to the end of the Universe and back.

You never know when true love will come to you, for me, it was my sophomore year of high school. Inna was a foreign exchange student from Ukraine coming to the small town of Three Forks, MT. It has been over four years of me loving her, of the longest distances, of seeing each other only twice a year, of constantly holding your phone because it is your lifeline to each other, and I wouldn't trade a moment of it for anything less than her. Every step I take is for the woman she has become after the years that have molded who we have become. The life she has gifted me, the long distance relationship we have lived through, has given me a romance not even the greatest author could write.

When I was sixteen, I won a chance to study in America for free for a year, after some time I understood that my real prize was Cooper. Now we’re both 21 and we’re engaged, but we still wonder how destiny, the universe or God, or all of them together, brought to the other side of the globe, just so we could meet. I hope that after many years, we still won’t find an answer. Let it be our “unsolved mystery”.

My boyfriend, my sister, her best friend and I went white water rafting here in Abu Dhabi, UAE late last year. I was teasing my sister that she probably would fall off the raft cause she's not athletic enough. On our first round of rafting, not 5mins into the trail, a big wave hit us and I fell off the raft. While submerged under water, I was thinking I'd probably be saved by the lifeguards in a minute. That's what the guide told us during the demo.I panicked when time passed by and no one was saving me. I even had a gulp of river water and was literally drowning. Finally, someone got hold of my lifevest and held onto it despite the strong current. My eyes were closed during these moments since I thought I was gonna drown. The person holding me finally had the chance to pull me back into the raft and behold, it was my boyfriend @adam07_01 who saved my life! My first words though were " I lost my shoe" which I did while he was pulling me back into the raft.?Then I realized he just saved me. That it was romantic that he didn't let go off me although we were still facing strong current and that he himself might fall of the raft as well. He told me I was lucky he was able to pull me up before our raft hit the rocky riverbank or I would have been crushed. He held me while the guide maneuvered the raft on his own since everyone got shaken by that big wave. I noticed one of us was missing from the raft and found out she also fell off and was swept away by the strong current. After calming, I looked into my boyfriend's eyes and declared, "My Hero!" ( using a damsel in distress' tone?) I was able to find my shoe though after the 3rd and final round in the trail. ?I have pictures of this event where he was pulling me from the water and into the raft since photographers from that park were also present. We took it as a souvenir so that I'll always be reminded that he saved my life once.

I can not tell you one story... Because love can not be summed up in a moment .. it's an all or nothing. If we do not love the other person completely as he is and he or she does not love our essence, there is no "first kiss / marriage proposal" that can fix that. Love is the set of moments, good and bad, that we all have to go through to find out if that person is the love of our lives. My love knows when to scold me for wanting a puppy when we are not at home all day (and he is right). We enjoy laughing naked dancing in the bathroom while it sounds "para bailar la bamba ..!" I loved his silent hugs at my father's funeral a year and a half ago ... Or when we go to the river by bike one February afternoon (here is summer). Each moment matters. Thanks to the Love to exist and fill so many empty spaces in the people.

We both met each other at my close friend's sister's wedding in San Francisco, CA in 2010. He was one of the groomsmen and I was one of the bridesmaids. We both are from Burma, Myanmar. We didn't know each other back then. We found out later that we both are from the same hometown and even went to the same elementary school. His aunt was my second grade teacher. Our grandparents houses were back to back. Later on, we both came to United States. It was our first time meeting at the wedding in San Fran. We both had interest on each other but we remained as friends. I went back to Montana after the wedding. He lived in California. In June of 2011, the civil war broke out in our country. I was raising awareness and funds for Internally Displaced Persons (IDPs) Kachin in Burma. I needed more information and statistics about IDPs because the Kachin church has been helping those people back home. He was one of the youth group leaders at that time. So, we started having a lot more conversations via phone and FB regarding the fundraiser. That's how we got to know each other better. In 2013, I moved to Washington state, USA. It took him about three years to say the word, "I love you!" We kept a long distance relationship. In 2014, he gave me a surprise by flying down to Washington. It was a week before my birthday. He cooked a delicious dinner. It was steak, sautéed asparagus and mashed potatoes pairing with wine. And of course a bouquet of flowers. I was sitting at the dinner table ready to enjoy. At that time, he walked towards me carrying pretty cute birthday cupcakes with candles on it while singing a birthday song. I made a wish and blew the candles. I wished that he'd be my life partner. After dinner, he asked me to sit on his lap, hugged me and told me that he wanted to spend the rest of his life with me. I almost bursted into tears. Our hearts are so close. We are happily married now. I believe that we are meant to be. 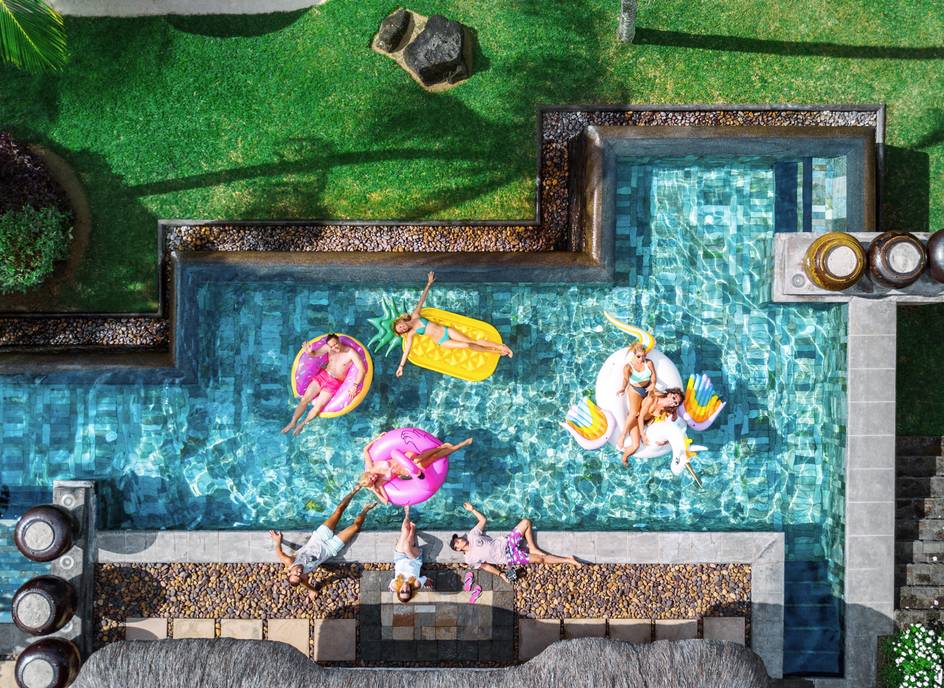 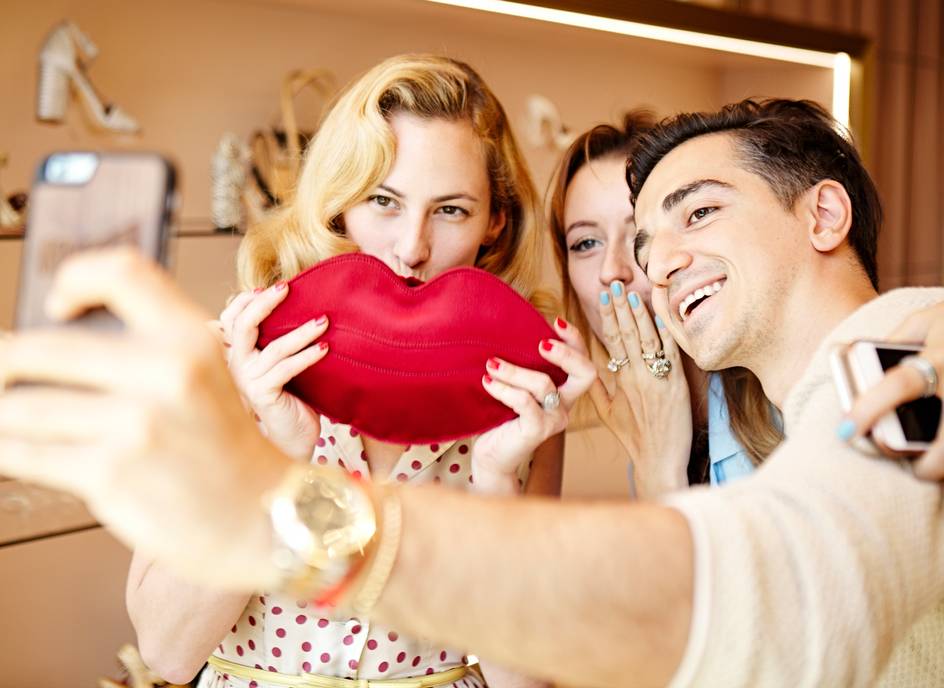 Nataly
#diary#Nataly
Charlotte Olympia: "I'm inspired by places I have never been to"