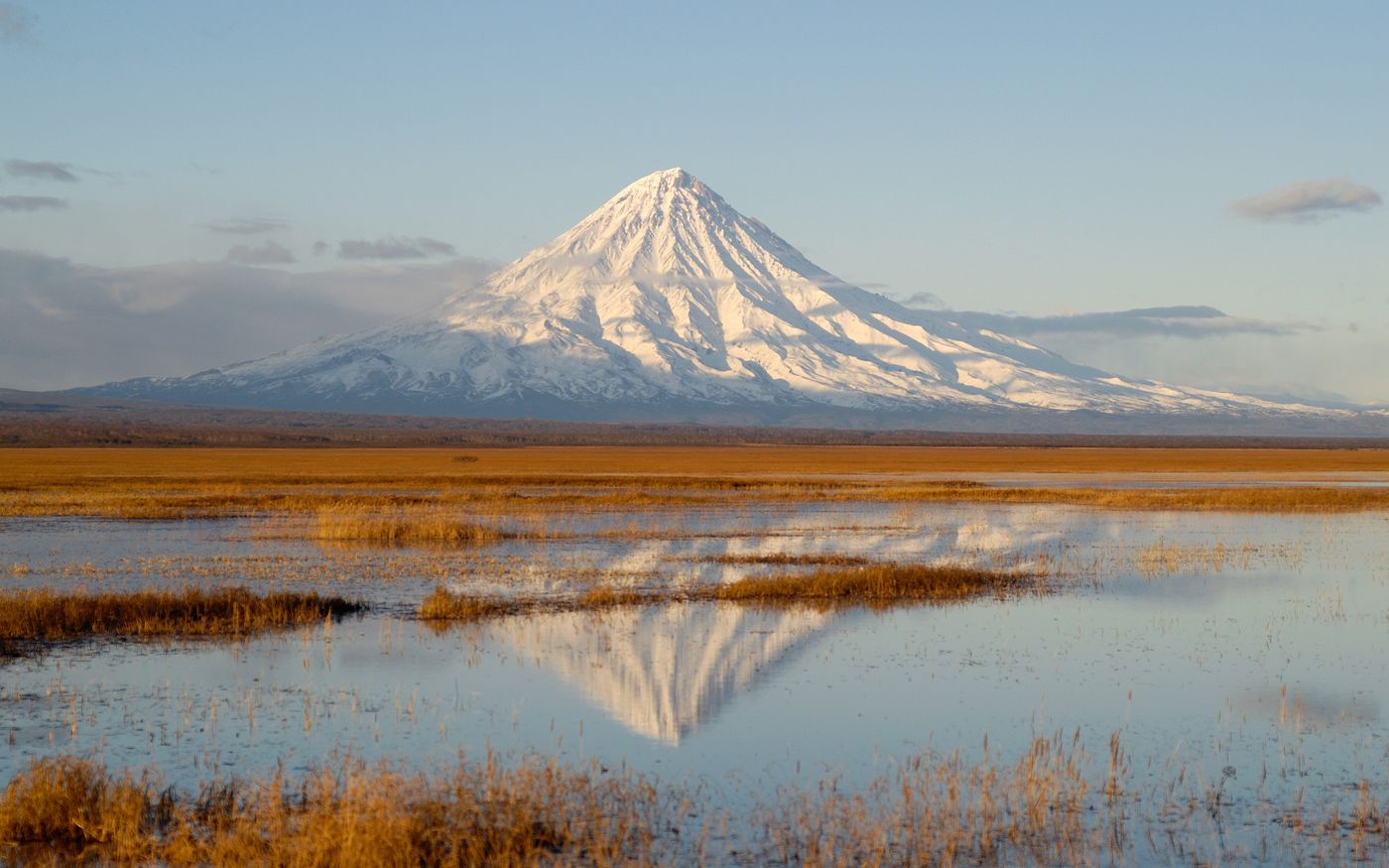 Alexey Matveev is a volunteer at Kronotsky Nature Reserve, which is one of the most famous nature reserves in Russia, and well, all over the world really. He also has his own blog - Alexeymtv, where he shares amazing photographs and curious observations that he makes during his expeditions to the furthest corners of the reserve. Trust us, this guy knows about Kamchatka’s biggest treasure more than any Wikipedia and all the professional tour guides all together.

To really know this land you have to become a part of it - practically live in the wild and dedicate yourself completely to studying the world around you. Alexey usually posts the most interesting things in his blog, but he’s made an exception for us and told about the most wonderful places in the reserve.

In 1996 the Reserve has been proclaimed a World Heritage site by UNESCO.

There are a total of 25 volcanoes on the premises, nine of which are active.

The Kronotskaya sopka is 3528 meters high; it is the highest volcano here.

In 2010, the Kizimen volcano has awoken for the first time in 80 years and is still active today.

There are 54 different animal species currently living in the reserve.

There are over 800 bears roaming the territories. It is the largest natural population of the brown bear in the world.

- The deciduous forest in the basin of Kronotsky lake

One of the most interesting places is the Uzon-gazer region that is located in the South part of the reserve. Everything Kamchatka is famous for is here: active volcanoes, hot springs and gazers, seething water and mud basins, as well as unique thermal ecosystems. The legendary scenes from the film Sannikov Land were actually shot in Uzon Volcano Caldera and the Gazer river valley.

The gazer valley is a small part of the Gazer mountain river, where you will find all kinds of geothermal activity: hot lakes, pulsating steaming springs, gazers, mud holes, etc. Here the spring starts a month earlier than everywhere else on the peninsula, where it usually begins in the end of April due to the harsh and unpredictable climate. The brown bears gather around the gazers to feed on the fresh green grass.

Just 15 km away from the valley there is another unmatched natural sight - Uzon Volcano Caldera. It is a true nature museum: hot springs and cold rivers, mud holes and crystal clear lakes, the berry tundra, and the “dancing” birch forest. This place captivates your imagination. As you walk around, you can feel gigantic amount of energy concealed in these lands. Caldera - or a cup in Spanish - has formed around forty thousand years ago in a place of an enormous volcano destroyed by all the eruptions. There are over a thousand thermal springs covering the five fields, along with numerous streams of blazing hot steam, mud holes, smaller volcanoes and thermal lakes. The most famous mud holes of Uzon are Sculptor and Painter. The first one “sculpts” curious forms out of liquid clay that look similar to roses every three to four seconds, the other one “draws” circles on the mud surface. Back in the summer of 2009, a new gazer - now called Mutny - has appeared in the caldera and is the only gazer there today.

The tour of Death Valley at the foot of Kihpinich Volcano deserves special attention. This area is just under two km long and is just seven km away from Gazer Valley, animals die here on regular basis. Research showed that both animals and birds die because of the abnormally high quantity of concentrated poisonous gases floating in the air. You can see the valley from a special viewpoint located at a safe distance. Its grim reputation aside, the valley is a stunning, picturesque sight.

Protection of the territory

Constant care and protection, which is carried by the state’s inspection team, is the only reason why this land’s richest resources are still intact. Both very experienced and young specialists work extremely hard to protect the delicate nature of this place. The team’s knowledge and techniques are regularly being tested in order for them to be prepared for any situation that may arise, like putting out natural fires, or detaining anyone who breaks strict regulations of the reserve. Each inspector is officially reexamined every year. As a help help in their work they have the latest snowmobiles, ATVs, motorboats, and means of communication at their disposal.

Informative tourism is one of the major business directions of Kronotky’s Reserves activity. Every year, over five thousand tourists from all over the world come here. The main task at hand is to see that all the tours and excursion don’t hurt the surrounding nature. During some seasons even the number of tourist allowed inside is limited, so only a few lucky ones could get on the territory of the reserve. This usually happens during mating seasons of endangered species - the so-called ‘months of silence’.

The tour of Gazer Valley follows specially laid out paths at a safe distance from the gazers. This way no one gets a steaming hot shower and the delicate ecosystem remains intact.

The Natural Museum of Kronotsky Nature Reserve underwent a complete renovation and opened its doors once more in 2013. Today, it organises everyday interactive tours and showings of 3D films about nature. This place has become wildly popular among tourists. Back in 2012 the museum became part of the Adopt a tree! project. The idea behind is to educate people about the nature of trees that grow in the city and how to properly take care of them. 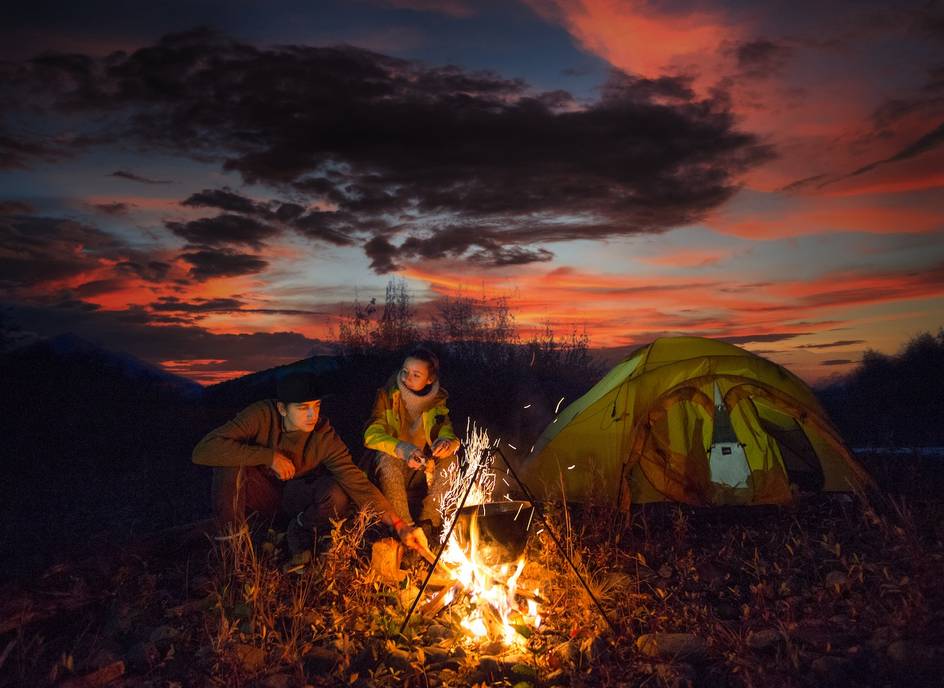 Kamchatka
#kamchatka
Where to stay in Kamchatka 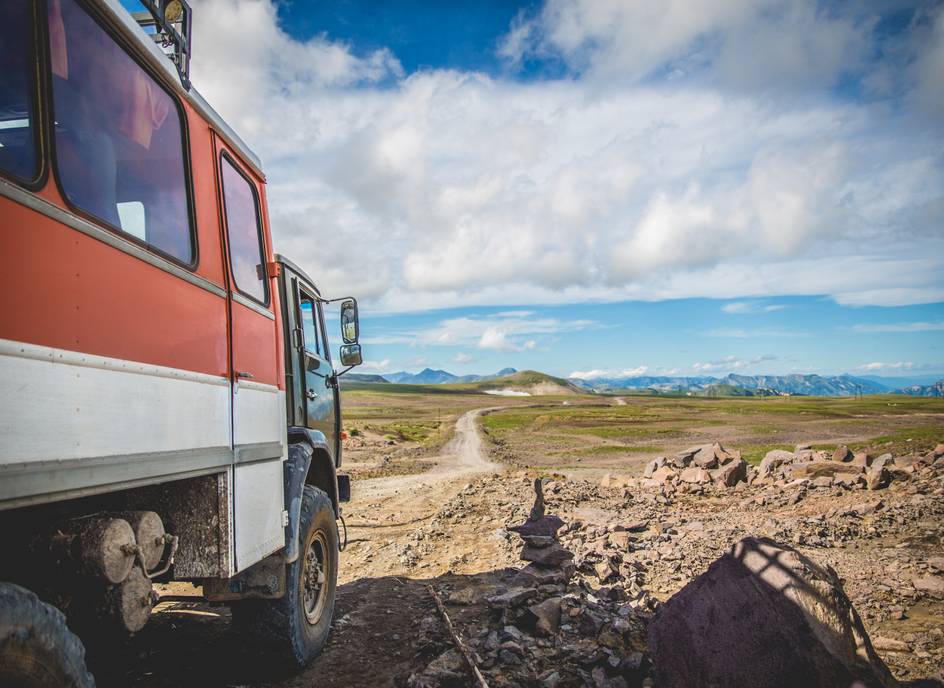